GlockShanty wrote:All this GSoW stuff doesn't matter any more. The big analytical posts by DS now look like someone clinging to a memory.

While you're correct about the "GSOW stuff", it seems a bit harsh to claim that DS is clinging to a memory. No one asked him to provide the analytics, he volunteered so why bash the effort? Appreciate it for what it is, the love of the game and the camaraderie of fellow squad mates that was born from it. After June 12th, it all will be nothing but a memory but till then, focus the attacks in game pvp.

Using the "initial data" and various Screenshots posted by ObiWanKenobi2016, and myself, I put the data for ACTIVE SQUAD TOTALS and COMMANDER TOTALS for each FACTION into Microsoft Excel and created two "Trend Charts" as follows: 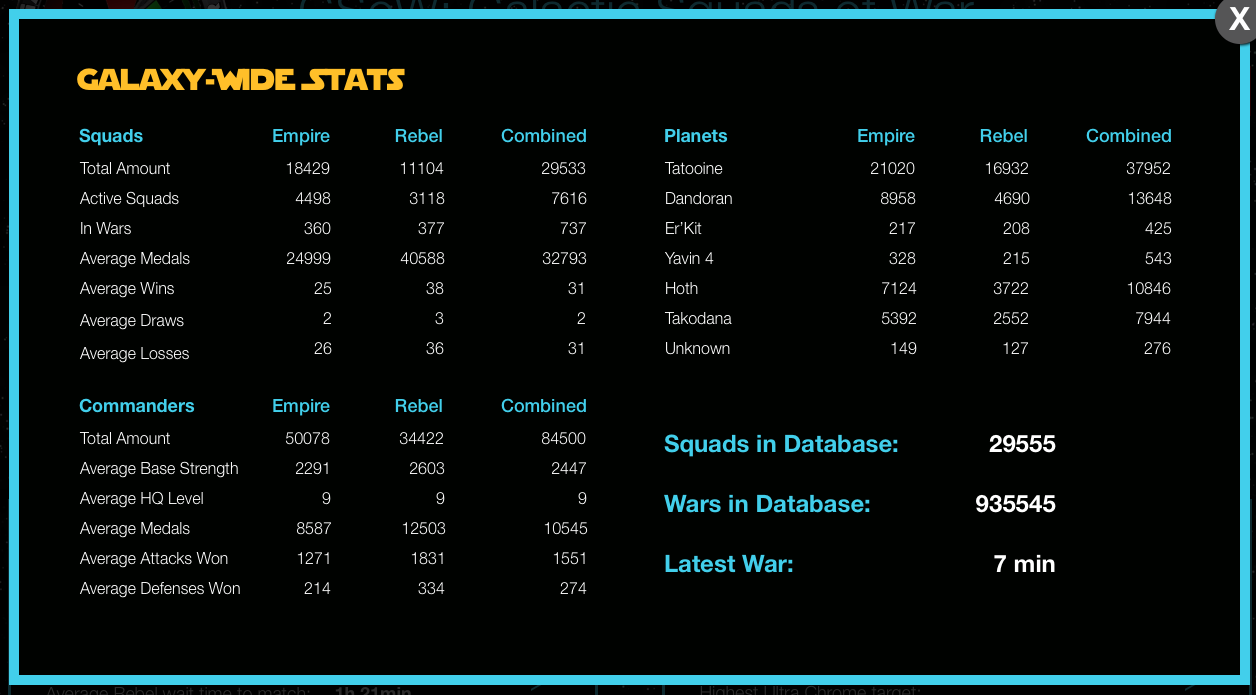 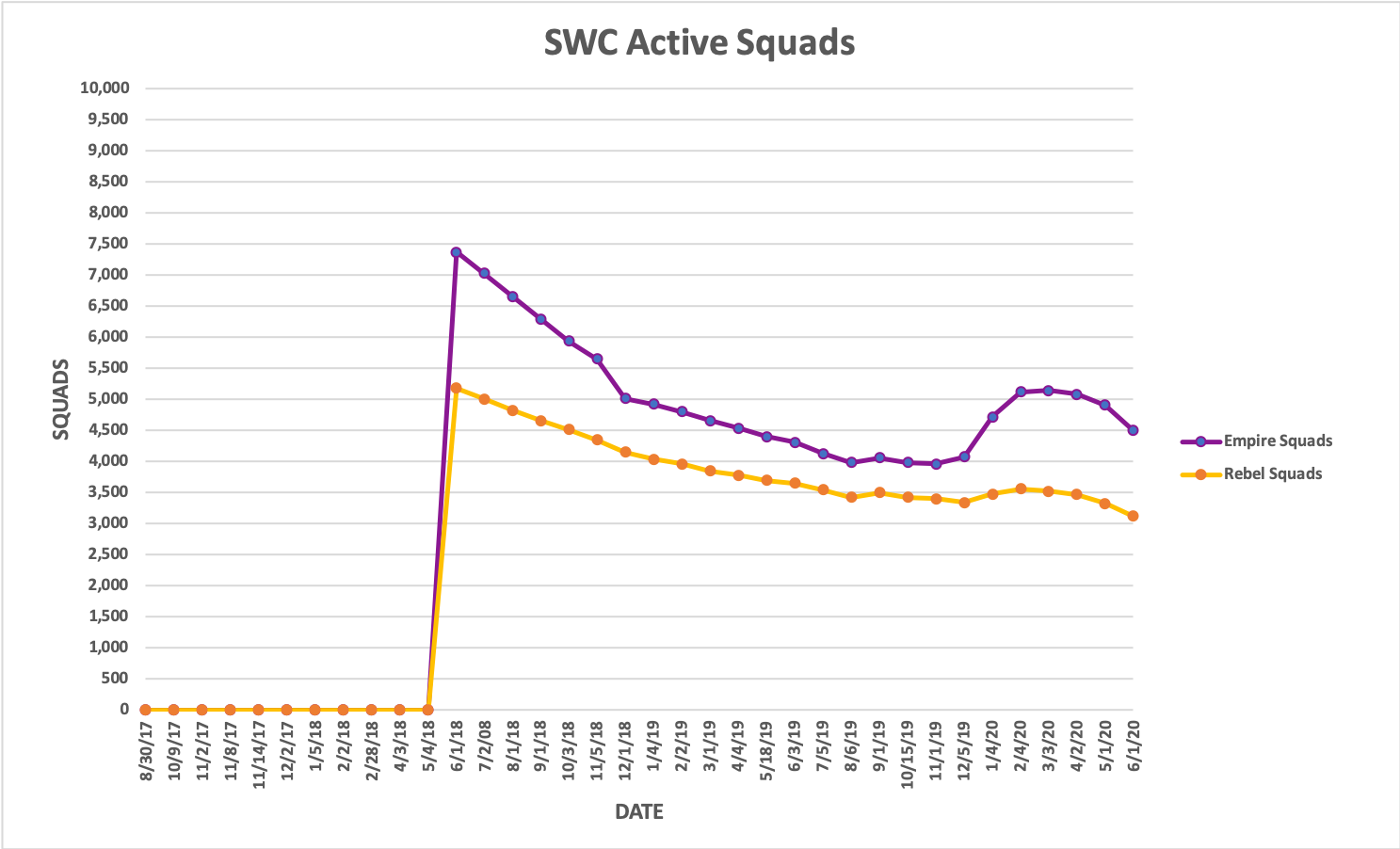 (Click here to view LARGER image)
⇨ NOTE: "Active Squads" was not shown on KSoD (predecessor to GSoW) until 6/1/18 as shown in the post found here. 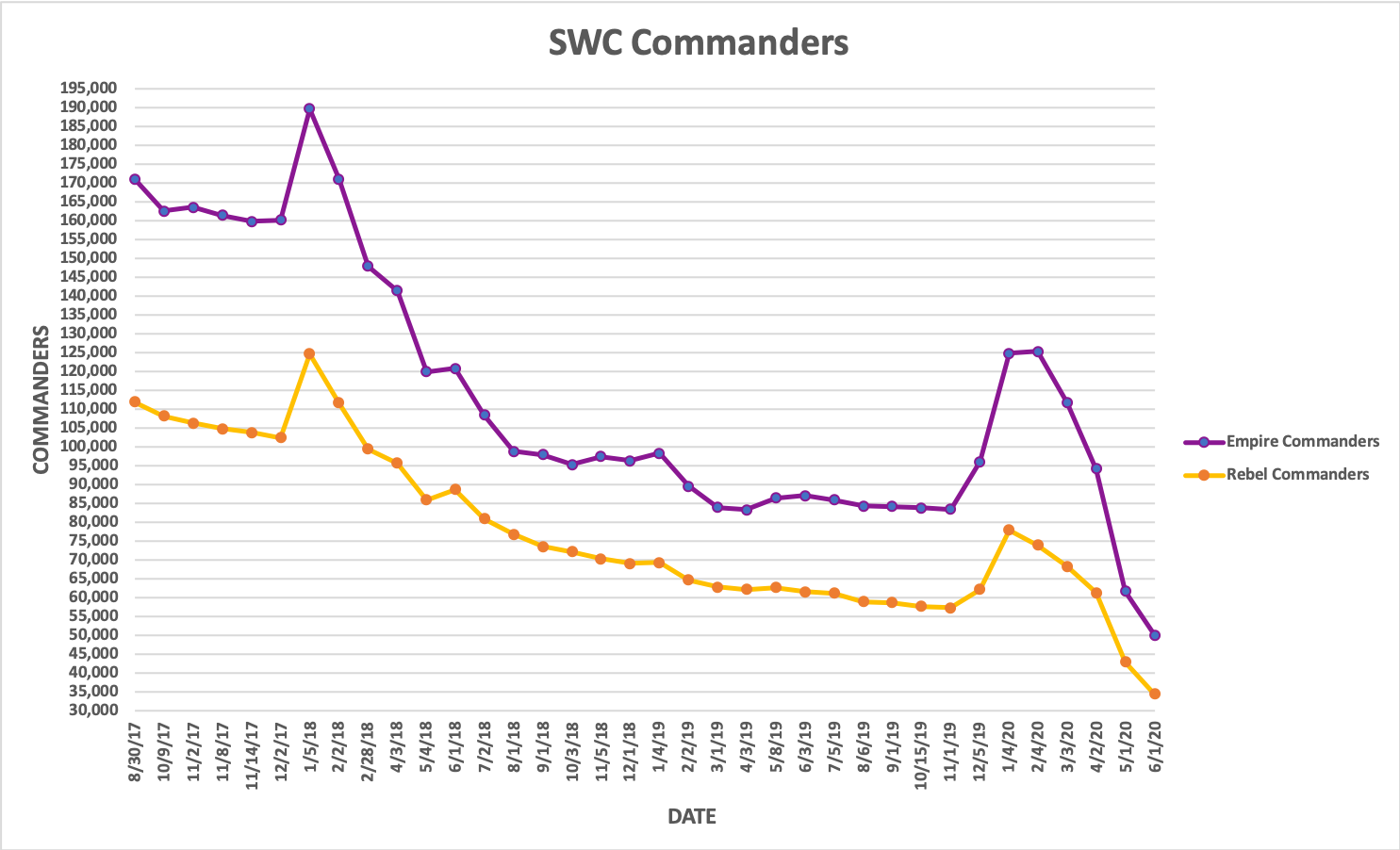 This will be my FINAL REPORT. On June 11th I plan for my own personal records to grab one more GSoW Screenshot but won't post it here.

AND SO... As the final days of SWC count down it has been my pleasure in providing this "data" for you to use as you wish.

Thanks Deathstriker. It's exactly as expected.

Join the OuterRimRioters.
We have spare rooms.

Also available in trial version. We have a 100% optional discord and war regularly.