It moves fast and targets barracks, factories and cantina with splash damage!

Perhaps someone that can attach a screenshot could add one.

Can't wait for swcpy to be updated with complete stats! 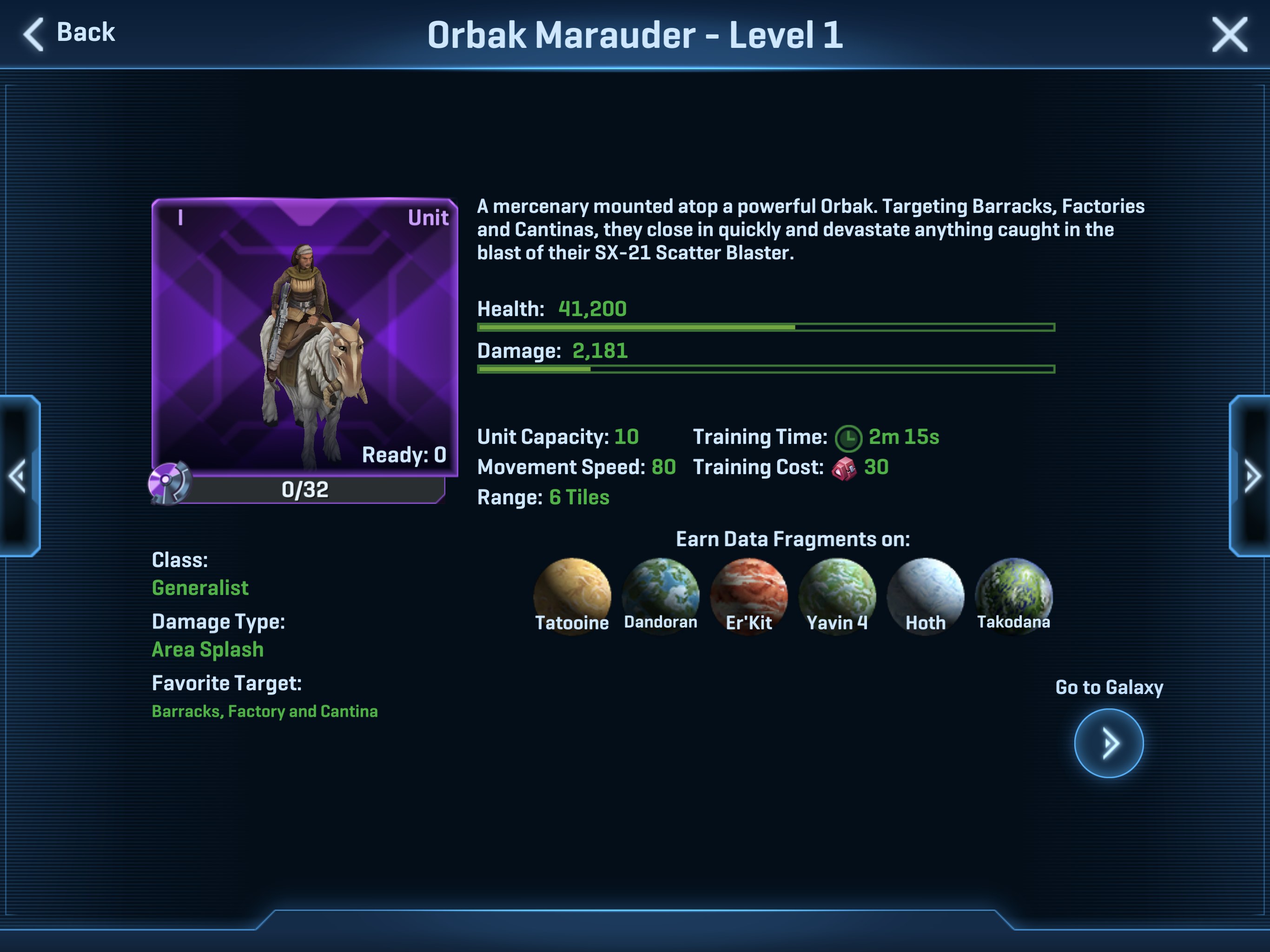 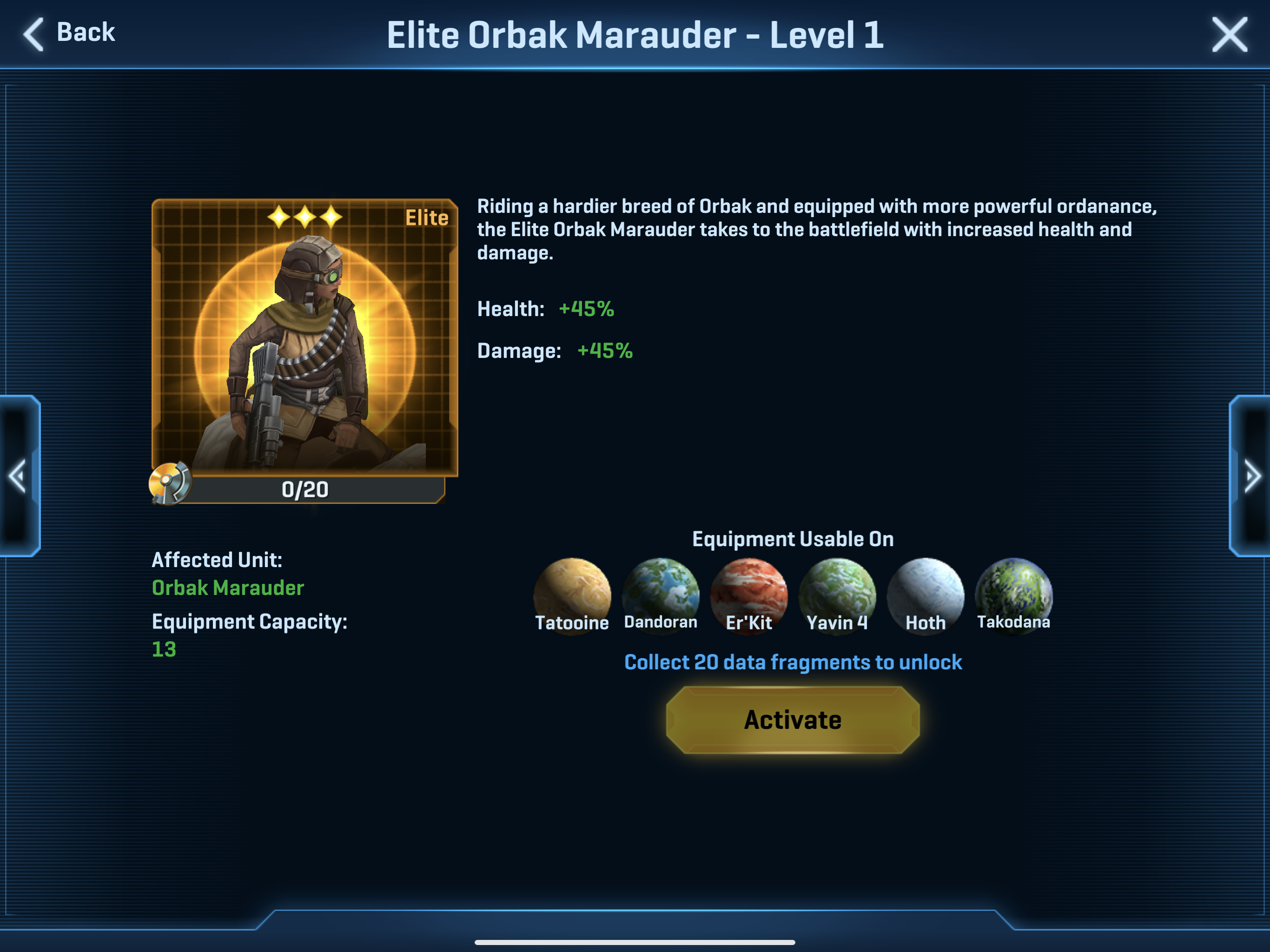 I think it's just another trash unit just like fathier, and the fact that it targets only barracks, factories and cantina and also most players keep their barracks and factories inside their bases, they will be almost impossible to destroy at such a range and also wasting 10 UC.

By looking at its health bar, it may have around 82k of health at lvl 10. Also the fact they have skins, it will most likely be ignored as some units skins are more important than this.

A cook time of 2 min 15 sec just at lvl 1 seems bit too high and at higher lvls it won't be viable unit seeing it's training time around 7 mind at lvl 10.

Why don't they give us some mech skins, it's as if we only have animals left in the SW universe ?

Another trash unit, that I won't waste my time for the holidays on this unit.
Empire lvl 10 HH-Resurrection (Level 50). Proud former (Holocron Horror) top 10 Windows squad.

Yeah, not too sure about this. The Fathier was a massive disappointment, even after the UC was dropped from 25 to 15. This new merc looks cool but just looks like the Fathier part deux. Guess I will have to test some samples when they arrive to see how good (or bad) it is

Surely the better option would have been to make the tog on the fathier rider actually fire at stuff? Even as a skin... oh well hopefully the events have something mediocre to waste my life on.

IT'S A PONY, WE CALLED IT

FUCKING MORONS
Player: TK-TB51 (leader)
Squad: DarkLords
Level 50 with all maxed out perks
Imperial (like you didn't know that already)

It looks like, with the skin, it will top out around 160K health and do 20K+ damage and it's fast, but it targets barracks, factories and cantinas so it will want to rush deep into the base. It's also a cantina unit so you will have to decide between it and MTTs. The splash damage will be nice against GR.

Where I really see the possible use is as a SC unit for defense, depending on it's troop targeting and damage modifiers. You can get 4 of them in the SC and that splash damage would be really nice!

LOL, 2040 is out already and I can't see them anymore... I guess they read the forums and took them down!

strawman3125 wrote:LOL, 2040 is out already and I can't see them anymore... I guess they read the forums and took them down!

It is more than likely we were seeing info that was scheduled to appear next Wednesday (someone pushed the button early).