BACKGROUND: Due to the declining number of Game Players many have seen an increase in the number of Players whom "dump Medals" by purposly ending PvP Attacks early so as to lose Medals in order to improve their PvP Matchmaking.

After a long time debating the Pros and Cons, and taking into account the success I had with my HQ 6 (see my Medal Dump Report found here), I finally decided for my HQ 8 (Max) Account (2nd Account) - MasterDoom - to dump all my Medals down to 1 (you can't have 0 Medals).

My HQ 8 (Max) at the start had approximatly 94K Medals (did not take a Starting Screenshot) and was seeing mostly HQ 10 thru HQ 11/Prestige Bases. Given this, it became painfully clear that if I continued to gain Medals it would become impossible to find any Bases at or near my current HQ Level of 8 given the current PvP Matchmaking Algorithm.

Like before for my HQ 6, I documented my "progress" and am now reporting my "observations" so as to help others possibly considering the same thing.

My HQ 8 Base was FULLY MAXED, with all Structures built, and did not change throughout the "Medal Dump Period".

Like before, the "effects" of dumping all my Medals down to 1 were "dramatic" (see HQ 8 - Attachment 1 below).

PvP DEFENSIVE ATTACK CHANGES: At 94K Medals I was rarely if ever attacked, but since dropping my Medals on my HQ 8 (Max) Base down to a RANGE of 1 to 1000 - I have seen an marked increase in the number of Defensive Attacks (mostly Wins) as shown by the following Screenshot: 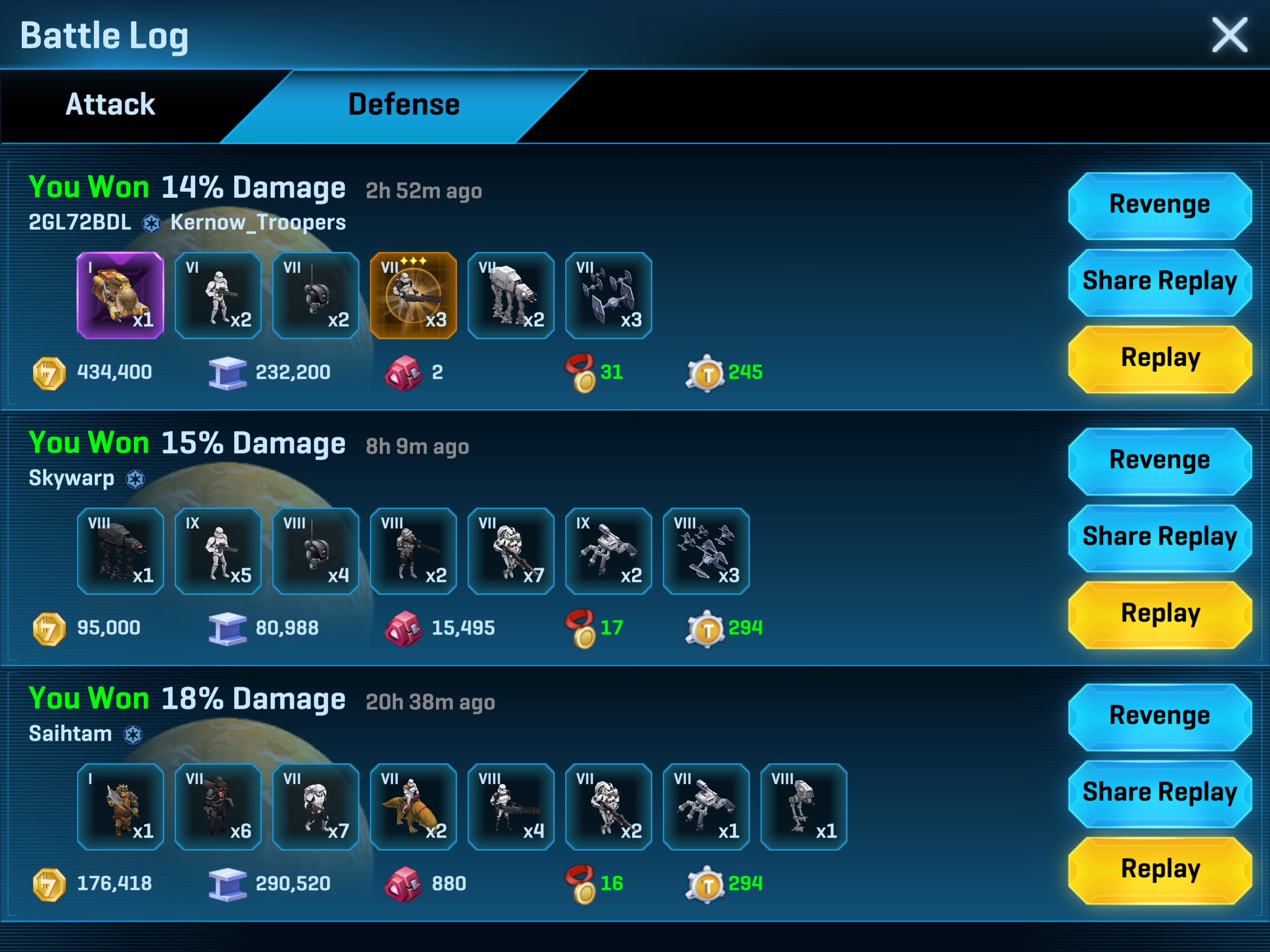 PvP OFFENSIVE ATTACK CHANGES: For my HQ 8 (Max) I now mostly see HQ 7 thru HQ 9 Bases, some with GR some with no GR, all "doable", on ALL Unlocked Planets, which had given me an improved ability to participate in All Conflicts.

AND NOW... To enjoy my "renewed" 2rd Account as I continue to play for the Months and Years (??) ahead. 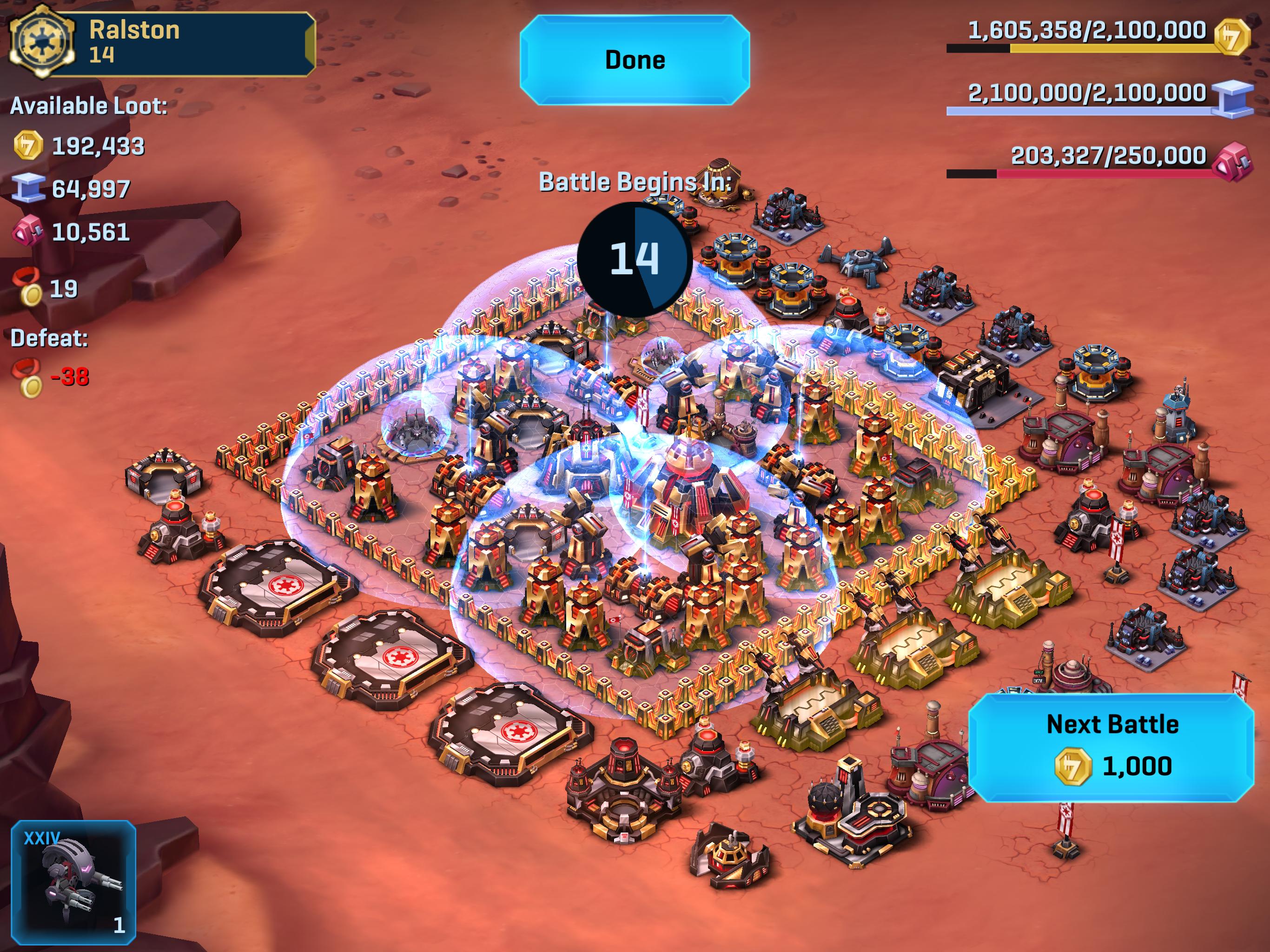 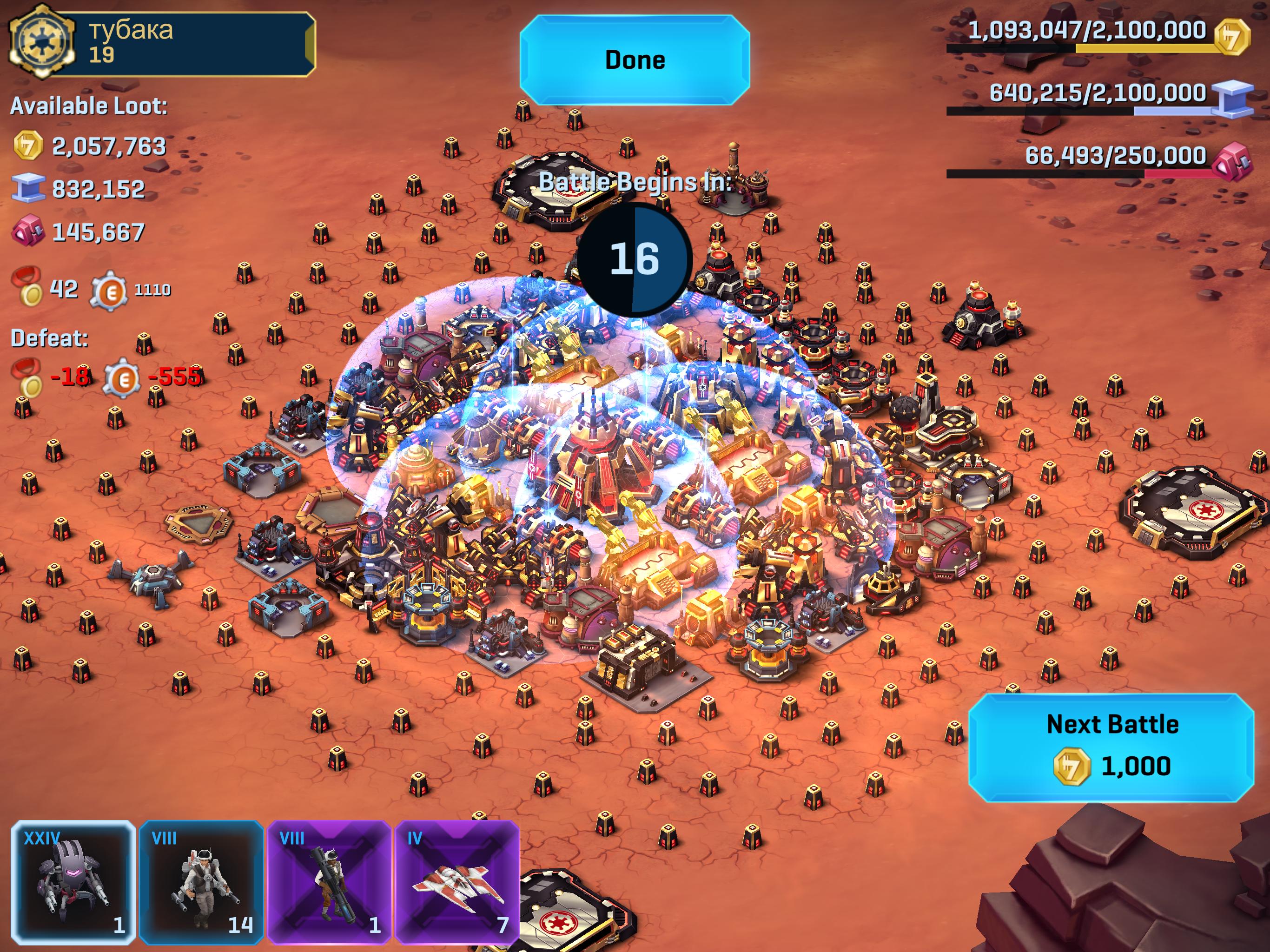 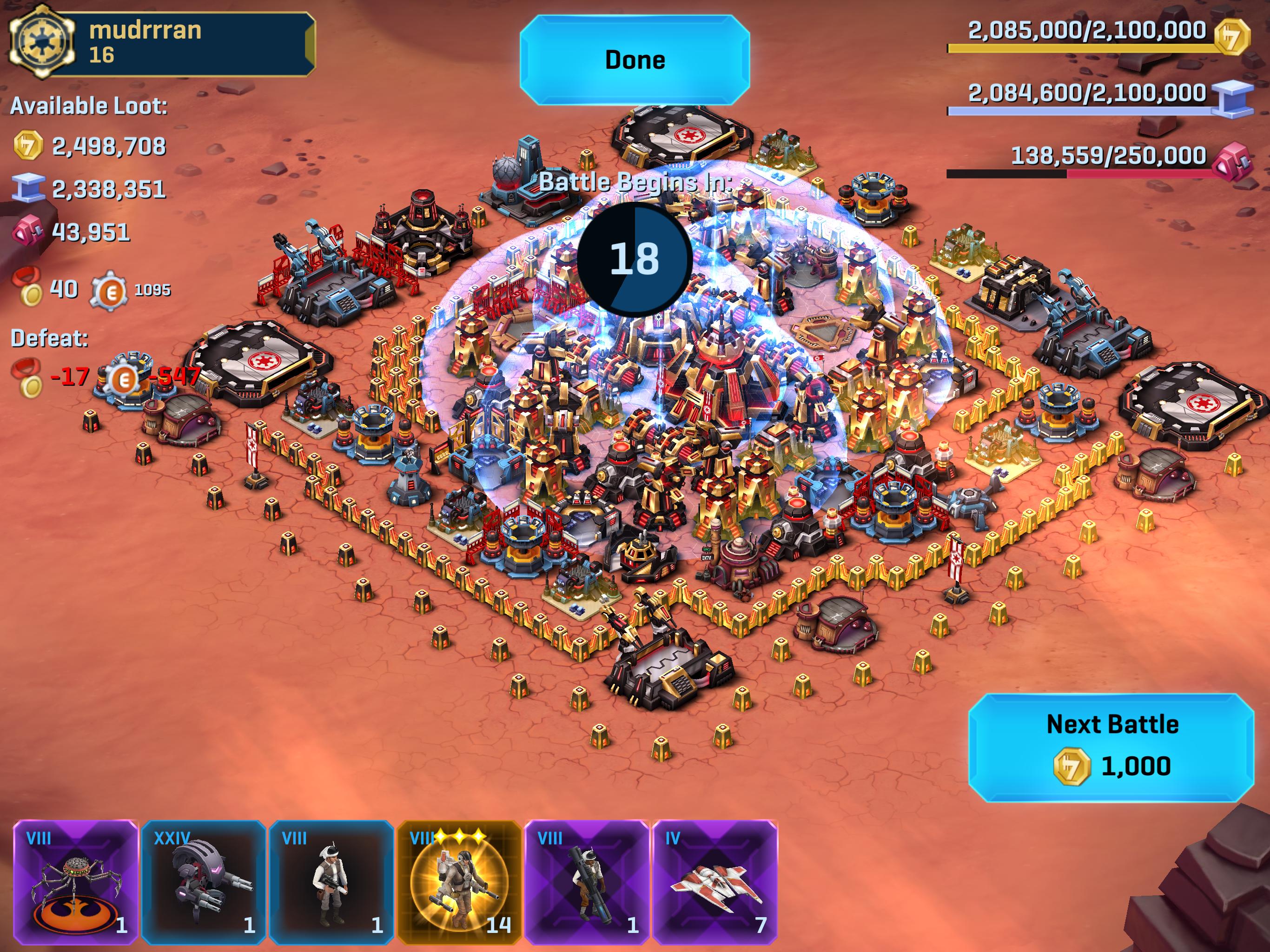 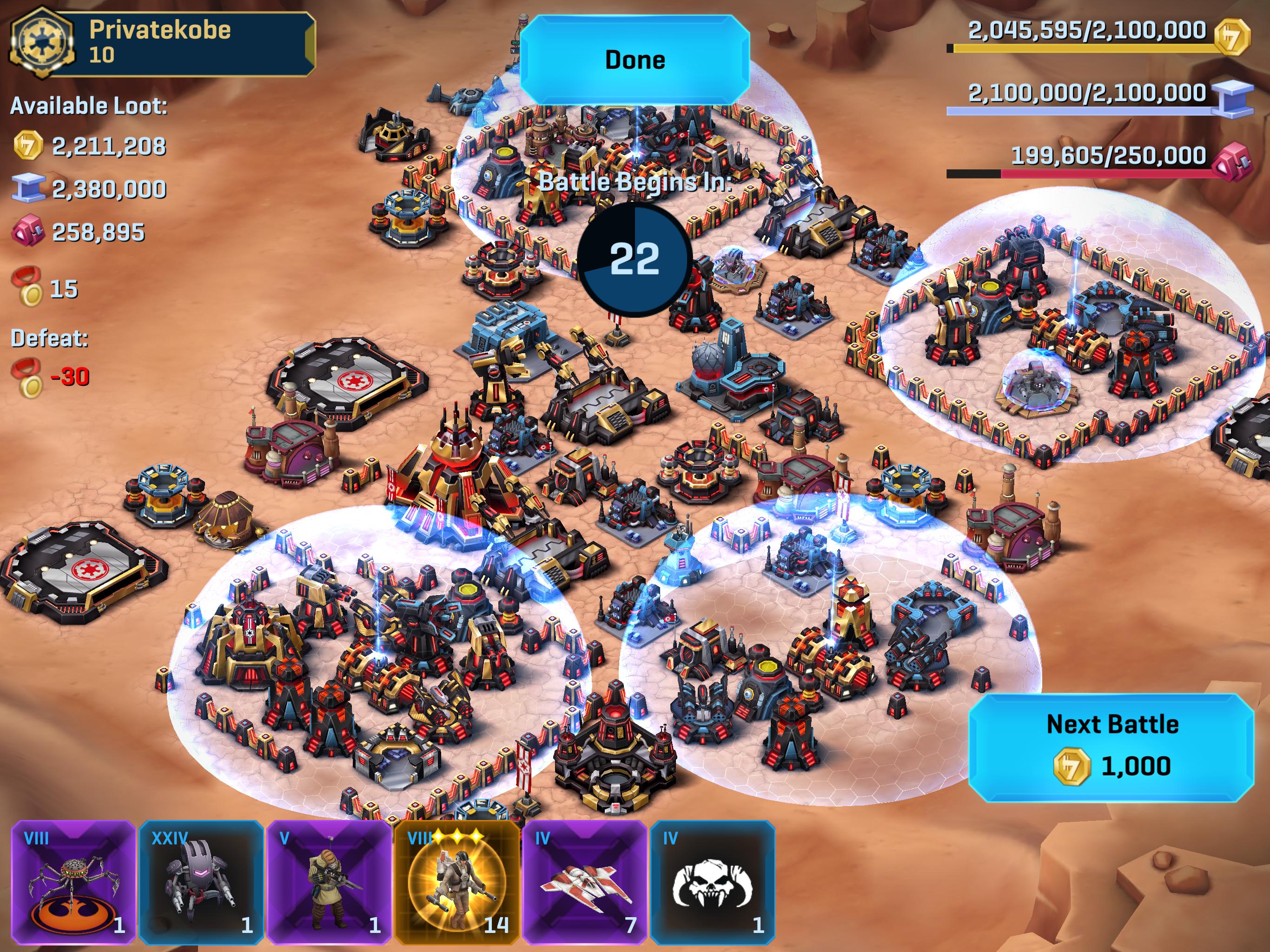 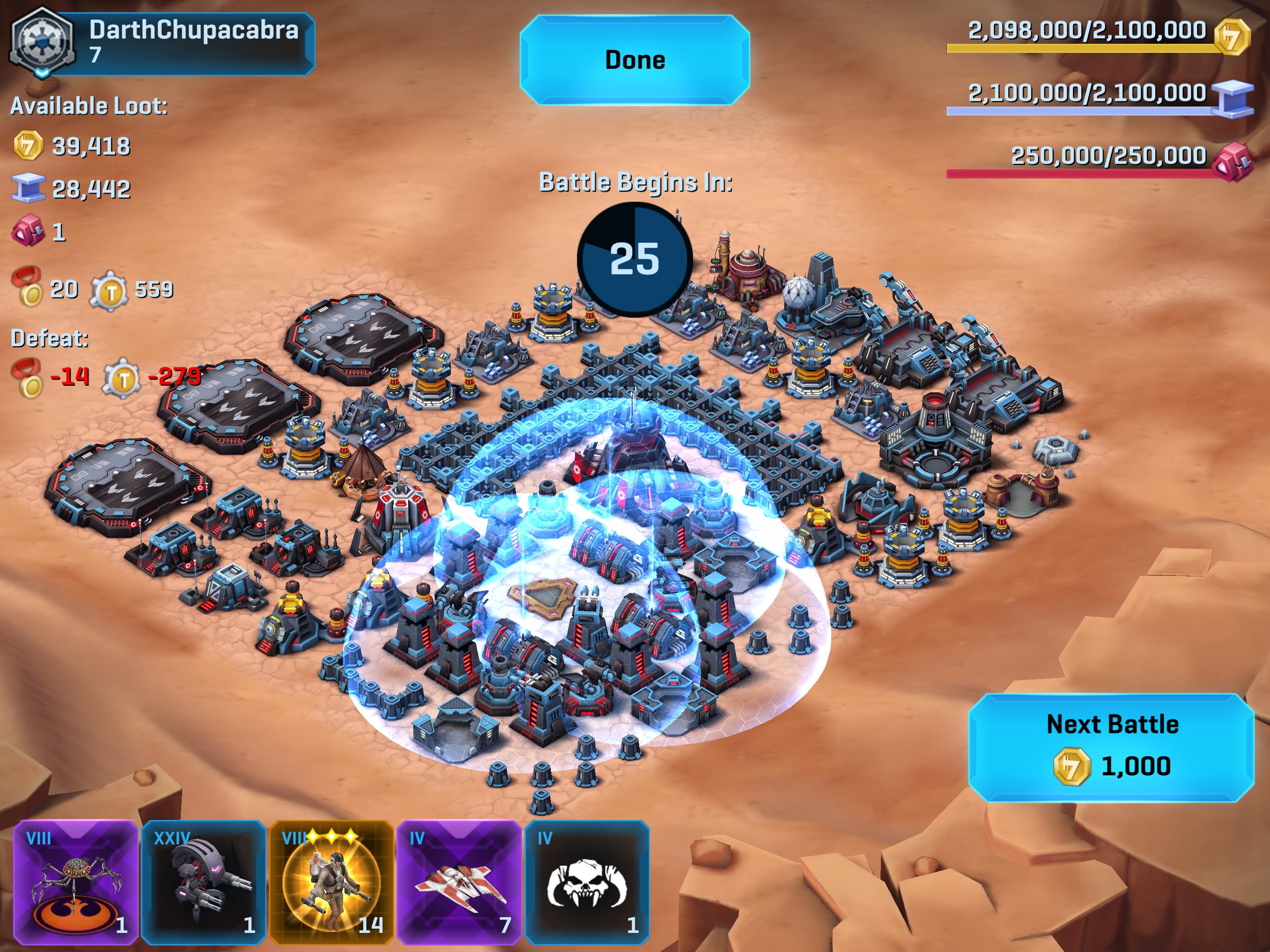 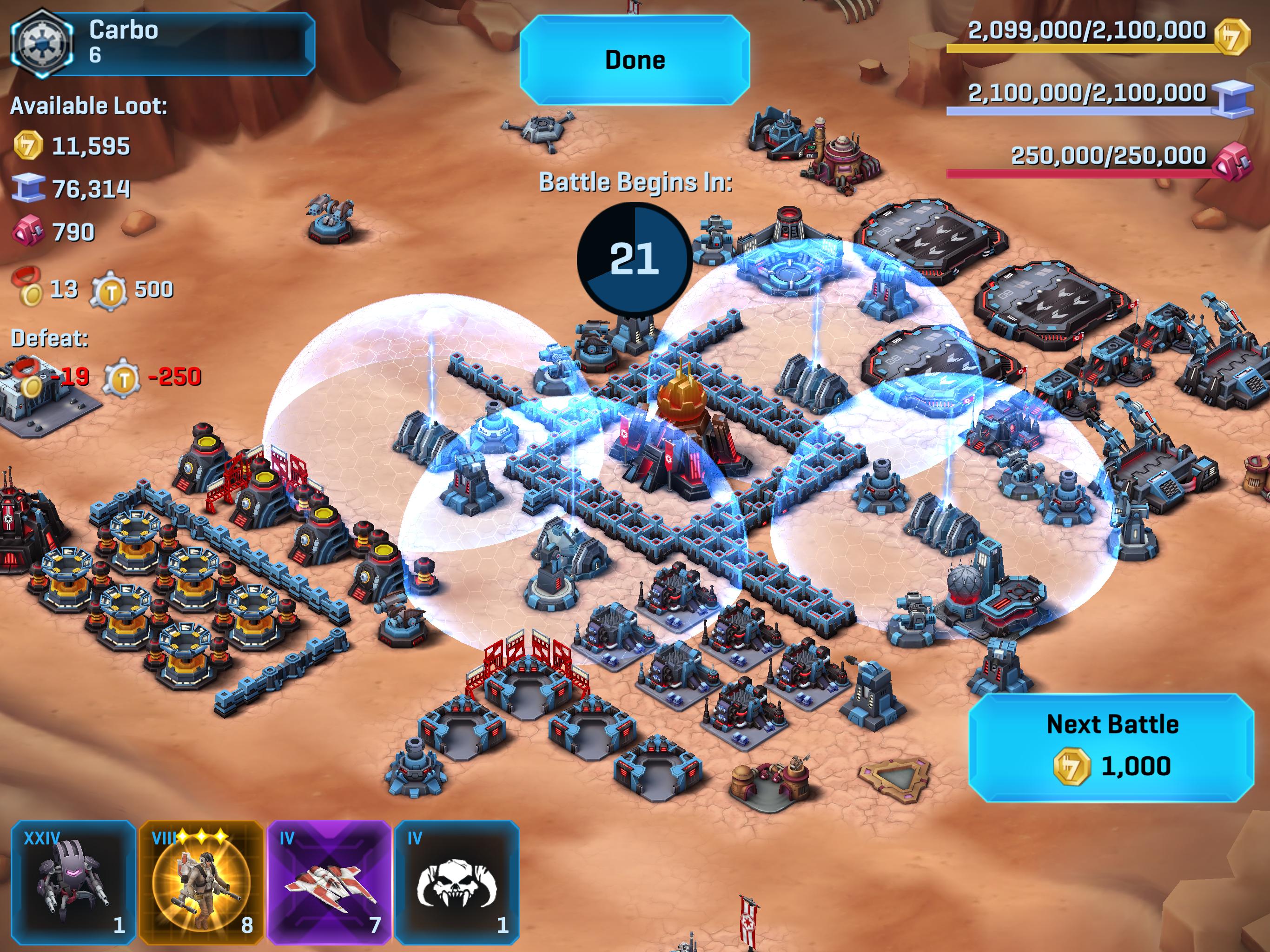 Some great insight Death Striker. I wonder what the implications would be for a prestige base? I have a squad member who went to prestige way too early and is finding it difficult because he does not have the frag pool for units and struggles with conflicts due to matching prestige maxed bases all the time.

I currently have them HD looping successfully to bring his frag count up and unlock several of the cool buffs etc, but this might help him with conflict units.

Matchmaking is very soft with a low medal presto base. My secondary has a base score of about 3200, I keep it at one medal, and it draws easy opponents on offense and defense. As an imp, attacking tat and erkit is especially easy. The bases I draw with this base are way easier than I draw with my level X, which is a few days from max base score and close to medal-capped

biisrosan wrote:Some great insight Death Striker. I wonder what the implications would be for a prestige base?

IN GENERAL dumping Medals for a Prestige Players is not effective.

BUT THAT SAID... it all depends on what your Base Score is. If, say, you rushed yourself to a Prestige HQ but most of your Base is Level 8 or Lower then Dumping Medals might be effective for you.

BOTTOM LINE: The higher your Base Score the more Medals you need to dump to see any "benefit".

Both my HQ 8 (Max) and now HQ 8 (Mini) can accumulate Medals up to about 2000 before the start seeing more "non-doable bases".

For a HQ 9+ Base which has dumped Medals they my need to keep Medals to 1000 or less to see any "benefit".

Reports from others, like Boog above, can help answer the question of about Medal Dumping for HQ 9+ Players.

Hope this helps answer your question...

DS, not sure why you concluded that dumping medals wasn’t effective at Prestige level.
You’d get tons of defense wins from noob’s attacks, and you could revenge them for easy attack wins.
All leader board players with many defense wins are all medal dumpers.

It is shocking how many prestige bases are out there that are rushed and have weak defenses. And it is equally shocking how many prestige players there are that attack my sandbagged base with few buffed units. I'll get hit with normal heavies all the time, and maybe the attackers has a few buffed t2b's, but that is it. It isn't clear to me if they have nothing at all unlocked, they don't know what they are doing, or they just don't care and attack with a totally random loadout.

It seems like you have to dump medals (take a step backwards) to move forward. Around 20k medals, I couldn’t collect anymore and kept face planting. I ignored the medals for a while and probably fell to around 8-10k medals while upgrading armory skins. With Armory buffs between level 1-3, I could take on bases of Ranks up to about 8-12.

Once I upgraded enough, I started collecting/gaining medals faster than I could dump them because people targeted my base for the mortars or as new players to try it. Now I am around 66k medals... and back in the range where I need to consider ignoring medals again to get more skins upgraded for the next tier of opponents. With Armory buffs in the Level 4-7 range, I can take on bases with Rank 14-22 now, if GR is off or near the edges of the shields.

Rank 23-31 and well defended/buried GR bases are still out of reach until I raise the Armory levels more. The L5 Jet buff I unlocked this week seems to have raised my attack range from Rank 18 to 22. Still fine tuning as I am still getting one or two stars as I learn where the traps and active SC’s are for the new pools of opponents.
Rebel Squad: Jedi_Falcons L10+ Perks: L38
Medals: ~66k Deka/o: 50/50 Jets: 5d/4f/4a

Did not know jet skins / buffs increase your opponent range and difficulty.

Did I read that ?

Buffs are not used in the matchmaking algorithm... but you can use the level of your buffs and estimate the target range of your opponents by their Base Rank to find groups in the pool you can attack with a reasonable chance of success.

A large part of the game is just putting in the time to get wins for crates from battles, EP Events, Conflicts, Wars, and HD crates... Rank 31 bases will generally have most Armory maxed and Squad Perks at Level 50/unlocked.

It’s not an exact match all the time because the crates have a random number generator and some people get lucky and unlock specific skins quickly, where others get one or two frags for every available skin - taking much longer to unlock the next buff level.

The numbers I suggested are based on what I’ve been seeing.

Edit: also, you have to win to get stars for new crates/event awards... so a new buff level probably pushed you into a higher match pool with harder opponents.
Rebel Squad: Jedi_Falcons L10+ Perks: L38
Medals: ~66k Deka/o: 50/50 Jets: 5d/4f/4a