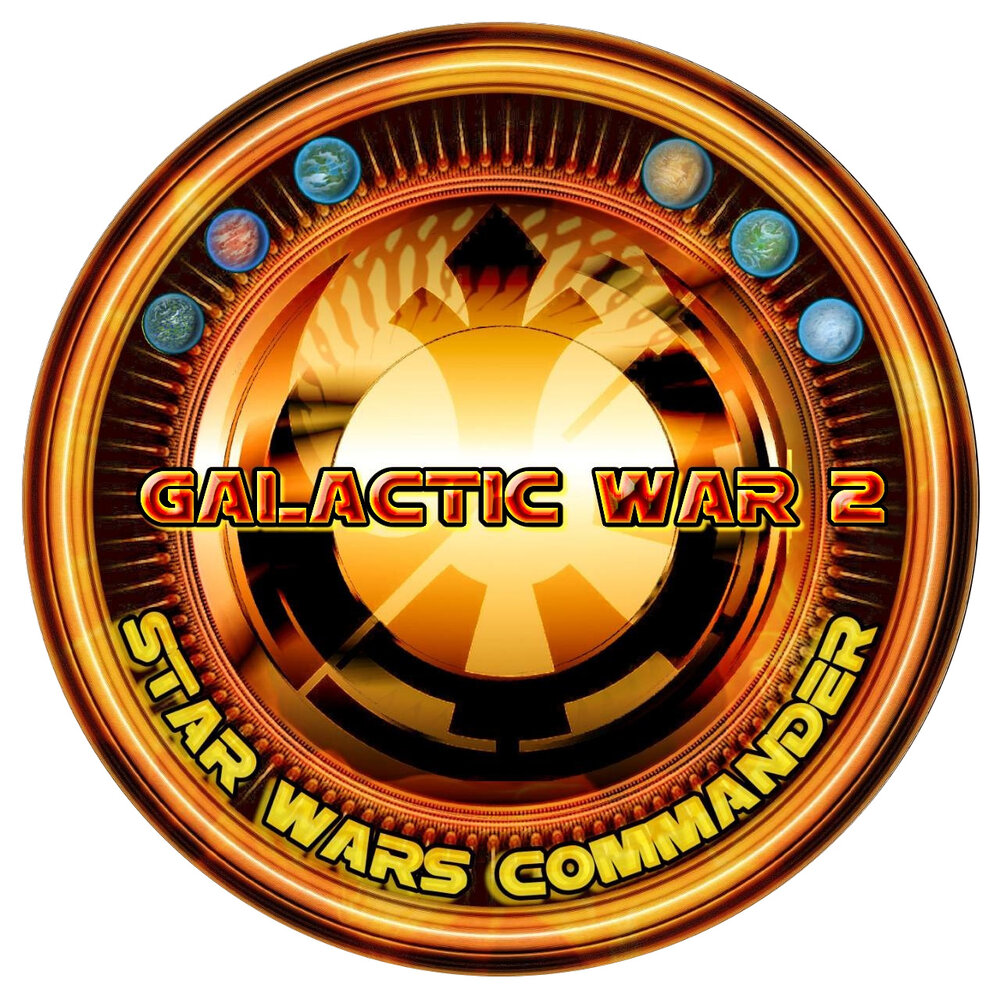 Yeah! Can't wait. The first one had exceptional attendance. Come meet some of the top players in the game and enjoy some wonderful sportsmanship and camaraderie.
Cheers Sabony for inception.
Leader ofSHADOW-GUARDrank140 148300k X
Looking forward to Ep9.

Luminous beings are we

First GW was hard for me.. lost 5k medals hahahah.. D~B was everywhere and always when I turned off my protection... on of them attacked me directly ...

This time everything is maxed... So lets see how this works this time!

Unfortunately it's at the same time as the MTT/ITT Event so I will likely not be able to make many, if any, attacks for the Galactic War... Those are the most powerful units in the game and getting frags for them is far more important so I will be participating in that instead! (During conflicts/events it's far better to hit dev bases than player bases, assuming they bring dev bases back.) The timing is just bad; if only it was running during the spider/undead conflicts the two weeks after!

Good Lord.. Lord anything but meaningless. In a game that's on it's knees in Pvp. I salute the efforts and hard work gone into this.

Couldn't do the first war due to life commitments. Old rebel friends will be seeing lots of stars in their bases. Not Hollywood stars or the ones in the sky.

Amazing youtube video. Tip of the hat to the director of the video. Far more enjoyable view than the last three star wars films combined. The creator should have been hired by Disney.

Forgot to add. Any rebels who want to see how so called useless the r2 d2 skin is. Check out youtube Galactic War Maz G Wan My story. Been on the wrong end of these attacks many a time. From looking at the video so have Dark Brigade. Especially the one on Hoff. It's a Killer.

Amazing video and attacker. Much respect.

Richaldo wrote:Good luck finding an opponent in this utterly shocking excuse for a game................... Zynga are a shower of shit.

Yes, and the date combines with the MTT Event. Bad choice for dates.

The player community is the best thing this stupid game has. Especially when the game doesn't match what this community deserves, and has a such dumb developer team that doesn't deserve to have such a dedicated and loyal community of players.

No-OP Wars and this Galactic conflict are a slap in the face of those idiots out there at Disney yes, the filthy Disney, and their smelly rats behind SW since Zynga is only responding for the SWC franchise now.

If SWC were an open source game, our software specialists would probably have solved all the problems of the game long ago.

Anyway, very cool video, if it had been released a few years ago when I started on Android, maybe I would participate. Now I'm too tired of this bunch of bugs and problems to keep playing, especially playing as Prestige just for the "fun"...

And fun must be what every game should be made for.
SWC Windows survivor.

Richaldo wrote:Good luck finding an opponent in this utterly shocking excuse for a game................... Zynga are a shower of shit.

Hmm ... if anything, this (no dev base issue) would help in finding war opponent base easier.